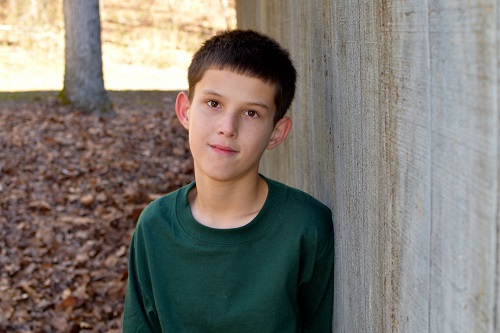 This multitalented young man is ready and roaring to go. Michael’s interests vary from fishing to football to whittling wood. He also likes 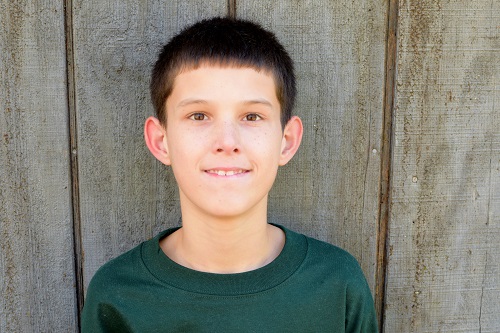 school, and has a talent for math class. Making crafts is a fun way for Michael to pass the time. More than anything, he likes to be outside and enjoys playing in the woods. He’s a self-described “nature boy.”

Some of Michael’s favorite foods are pizza, burritos and fruit snacks. He likes to listen to pop music, including artists such as Nicki Minaj, Pitbull and Usher. A big fan of cartoons, he likes to watch Teen Titans and Regular Show. His favorite movie by far is Iron Man and he loves to play with his Iron Man toys.

When he’s not playing football, he likes to watch the games on television, almost as much as he likes to watch baseball. But don’t think he won’t beat you at Monopoly or Yahtzee too. Michael’s varied interests are not just temporary. When he grows up, he wants to be a NASCAR race car driver, a police man or a professional football player. Michael has dreams of seeing the world one day.

Michael would do well in smaller family, and he hopes to have a couple pets. He needs a family who will encourage him to express himself and learn to cope with loss, but mostly one that will love and support him with all of his goals and aspirations.