Teacher adopts two more, for a family of six

Emily Amlin admits her house is a little crazy sometimes. That can happen when you’re a single mom with six kids. 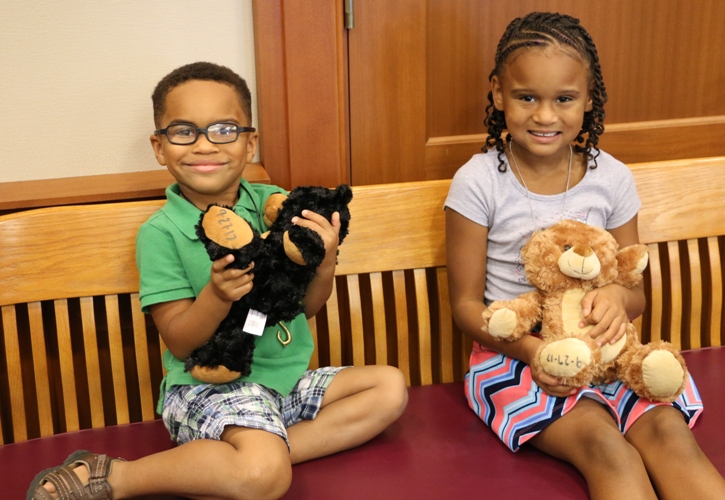 Amlin finalized on Wednesday the adoption of her two youngest – Arianna, 7, and Adrian, 4. A third-grade teacher at C.O. Harrison Elementary School in Delhi Township, she took the day off to celebrate with her newly official family. Arianna was very excited about the party they planned.

Hamilton County Probate Judge Ralph Winkler praised Amlin for her willingness to foster and adopt. He also thanked her for agreeing to speak to reporters about her family. That, the judge said, will help spread the word about how badly needed foster and adoptive parents are in Hamilton County.

The judge joked that his staff members would babysit. He joked that after adopting four girls, Amlin finally got brave enough to try parenting a boy. 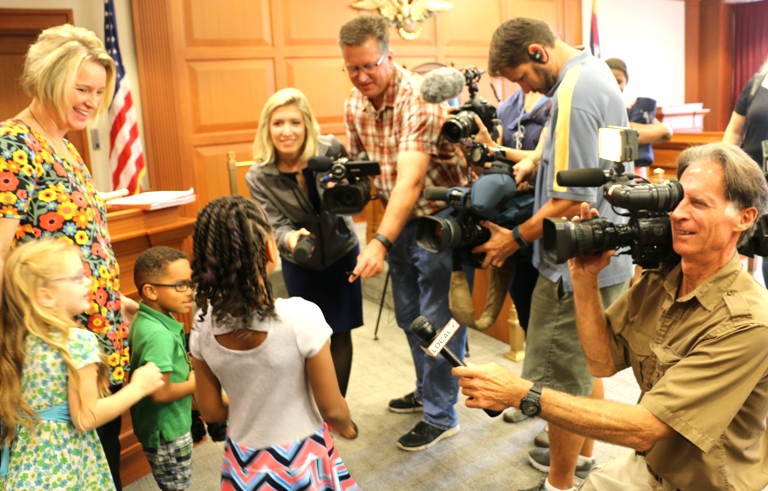 Amlin said she feels called by God to do foster care. Her agency is Focus on Youth.

But she thinks she’s going to at least take a break for awhile. She wants to take some time to focus on her six children. She does do respite, though, meaning she temporarily takes in foster children who are living with other foster families so those families can have a bit of a break.

Amlin credits her parents for introducing her to the idea of adoption. They adopted her three younger brothers after she went to college.