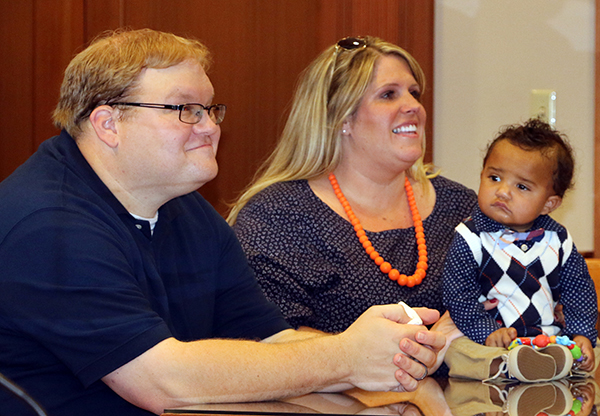 Rob and Alicia Henson sit in Hamilton County Probate Court with their new son Oliver, during his adoption finalization on Oct.3, 2016.

The Hensons took Ella into foster care when she was 2 days old and adopted her a few months later. When Ella’s mother found herself pregnant with another child and unable to care for it, she contacted the Hensons. Alicia was there for Oliver’s birth and he has been in foster care with the Hensons since then.

The family already faced a big challenge when Oliver was having trouble breathing. Alicia insisted on getting him to a specialist who found a defect in his airway that required surgery. 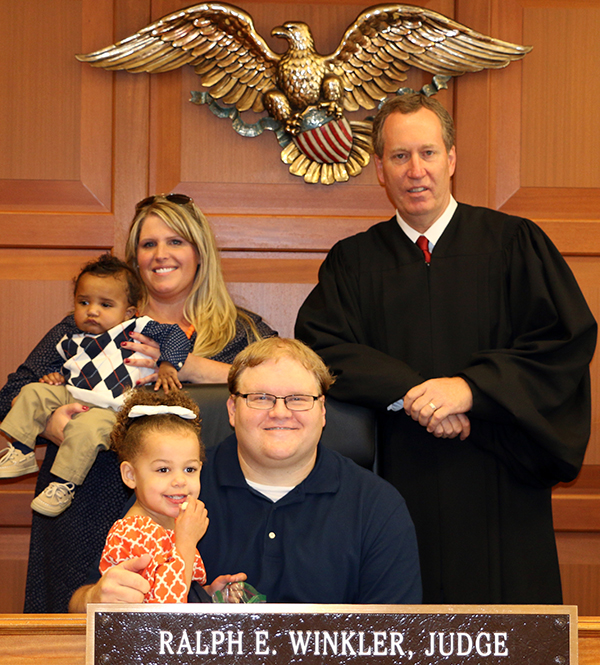 “I don’t think he’d be here today without Alicia’s diligence,” Rob said of his wife.

In addition to adopting Ella and Oliver, the Hensons have fostered six children.

The couple felt called to adopt and foster children. Alicia spoke of her belief in helping children who need homes.