Logan had their hearts from the start, but now he’s officially theirs

They hadn’t planned on having more children. Their son, A.J., will be 18 soon. In fact, they were talking about getting a dog.

But when David Gregory, a Cincinnati police officer, heard from a family friend about a baby boy who needed a home, he didn’t hesitate. He called his wife, Traci, and they quickly decided to take the baby in. 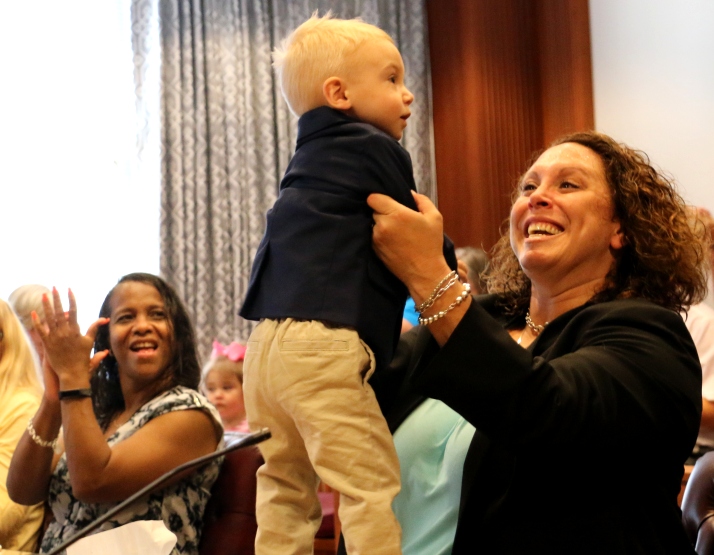 That baby boy, Logan, is now the cutest little 20-month-old towhead. And he officially became a Gregory on Thursday.

The courtroom of Hamilton County Probate Judge Ralph Winkler was full of family members, friends and caseworkers. The judge thanked the Gregorys for stepping up, for becoming parents again when they hadn’t expected to do so. Logan’s caseworker and guardian ad litem said they can’t imagine him being anywhere else.

Logan walked around the courtroom like he owned it, took off his shoes and banged the judge’s gavel. 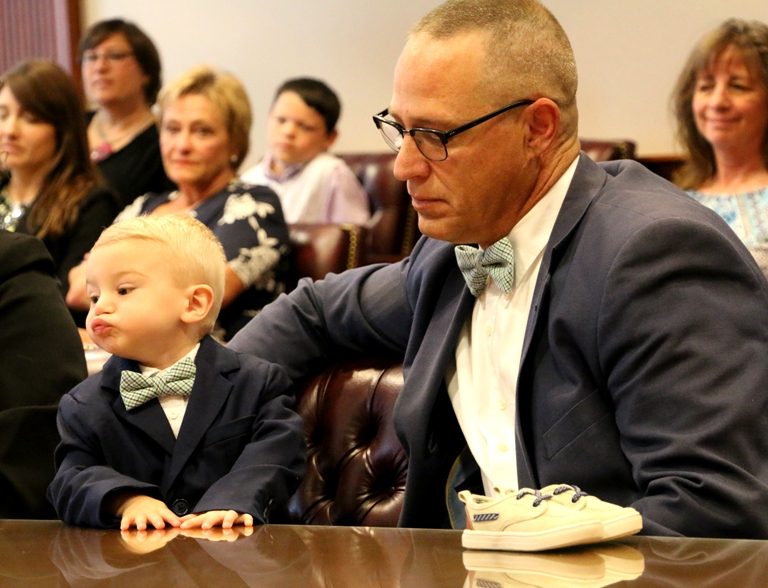