The Board of County Commissioners appointed McCartney today. The commissioners did not specify a time frame to fill the position permanently. 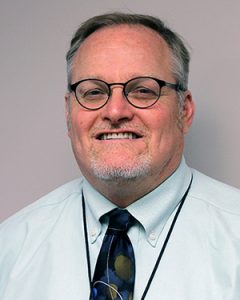 McCartney, who has been a member of the JFS executive team for 10 years, has nearly 30 years of experience in the Job and Family Services network. He began his career in Hamilton County in August of 1990 as an eligibility technician. He held a variety of positions after that — community case manager, Job Club coach, team leader, project manager, and executive assistant. In 2002, he went to Clermont County as an assistant director and then, from 2003 to 2010, served as director of Clermont County JFS.

He is directly responsible for the agency’s public assistance, workforce, child care and adult protection programs. Under his leadership, those programs have out-performed the state’s other metropolitan counties in every category: timeliness, accuracy, customer response rates, work participation rates and more. The agency programs perform admirably in state and federal audits and often is used as a pilot county by the state when introducing new programs.

McCartney is well respected throughout the state and has held many key positions in the Ohio Job and Family Services Director’s Association. He has served as the president of the Southwest Ohio Director’s Association for nearly 15 years. In 2015, he led nine county directors in the governor-designated “Workgroup to Reduce Reliance on Public Assistance.” The work product delivered by the group was used as part of the foundation for the CCMEP (Comprehensive Case Management & Employment Program) that is now implemented in all 88 counties and many of its aspects have become part of Project Lift and PRC expansion.

McCartney will take over in March when Weir, who has served as director for nearly 13 years, leaves to become the CEO of United Way of Greater Cincinnati.