An adoption nine years in the making 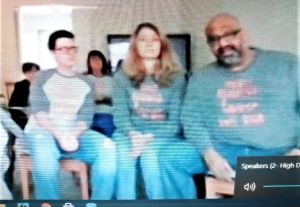 In foster care since he was 8, Luke had met potential adoptive families before, but none of them worked out. So, he was accustomed to disappointment.

But something was very different about Sam and Heather Rendall. They were committed to expanding their family by adopting an older child. They first inquired about Luke in 2019 after seeing a video about him. But they still had to take all the required classes and finish a home study.

They did all that specifically for him.

Luke moved in over the summer. The Rendalls understood that Luke was already very much his own person and that they would need to show him love, but also give him some space. 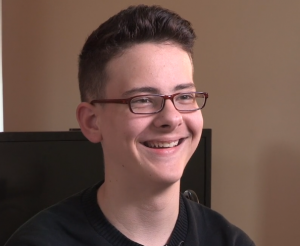 Today, Luke became Luke Charles Rendall. He was adopted in a virtual hearing over Zoom, officiated by Magistrate Karen Rosen. No one could attend in person, but lots of family members Luke hasn’t met yet watched on their computers. They cheered and clapped when the magistrated pronounced him officially a Rendall.

Luke now has a sister and two brothers. The family wore T-shirts that said, “Family Requires Love, Not DNA.”

His grandma, Glory Rendall, waved at her computer screen and said, “Welcome, Luke, my grandson!” He is her 11th grandchild.

Luke’s recruiter, Jodi Gipson, said she is really excited to see all that Luke is going to accomplish as 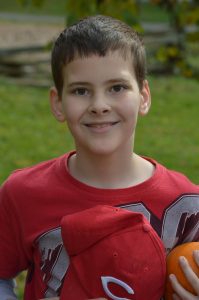 he grows with the support of his new family. She said he can sometimes be a “glass half empty kind of guy,” but that she often sees him smile since he has been with the Rendalls. Gipson is one of the Hamilton County recruiters who works with Wendy’s Wonderful Kids, the Dave Thomas Foundation for Adoption’s program that funds recruiters to help look for families for kids.

Dianne Shannon-Woods has been Luke’s caseworker since he came into care. Seeing him get adopted today brought her to tears.

“The first time they met, Luke and I were driving to meet them and I asked him if he was nervous,” she said. “He said, ‘Not really. It’s not like I haven’t been through this before.’  And he’s right – he had been, several times. But there is something so warm and genuine about Sam and Heather. The minute we all met, I knew if Luke was willing to give this family a chance and let them into his world, this was the family for him.”

Luke used to be a homebody who rarely left his room and his X Box. Now he’s kayaking, hiking and riding bikes with his family. He’s a host at a restaurant and made the A/B honor roll. He’s getting his driver’s license and touring colleges.

“I’ve been with Luke since he was 8 years old and to see that little boy grow into the young man he is today brings me joy (and tears),” Shannon-Woods said. “Sam and Heather have brought Luke out of his shell. They’ve introduced him to new things, while still respecting the fact he is a 17-year-old teenager who is used to doing things his way.

“It has been a long road for Luke, but today, his wait is over and he officially has the forever family he has always hoped for.”